If you’re new to the dance music scene in Utah, you may have never heard Desktrukt perform or have heard the name at all, but you’ve probably heard of Jeremy Moreland. If you’ve been around for more than 7 years, you’re sure to have heard of his alter-ego who helped build Utah’s scene from the ground up; representing Drum & Bass since 1998.

Loki, on the other hand, has been playing shows all throughout Utah and surrounding states for over 20 years. Since 1997, Brandon Fullmer’s DJ/production alias has been keeping the funky, one-of-a-kind sound of Breakbeats alive and well throughout the Western US.

For the first time in 8 years, Destrukt will step on to the stage to play Das Energi 2019 – alongside longtime friend and business partner DJ Loki to take it back to their DNB roots. Destrukt & Loki aka Jeremy Moreland & Brandon Fullmer, began throwing shows together as “V2 Presents” in 2003, and have exploded the Utah dance music scene from the underground to the mainstream.

Before partnering up to form V2 in 2003, Jeremy & Brandon were performing at and producing events of their own, ranging from Breakbeats to Trance to Techno to DNB. Brandon managed Mechanized Record Shop for several years in the late 90’s, and was with Uprok Records from 2001-2009. He’s performed countless shows with a collective known as “The V2 All-Stars” which featured Destrukt as well as other well-known SLC trailblazers Brian Blurr, Nate Lowpass, Steez, Tink-Fu, and Nico Calliente. He also had a long-time run of shows with close friend Steez, known as “The Loki & Steez Show”.

In 2011, Desktrukt played his last show at the V2 Presents’ night SLC DNB. He decided to hang up the headphones to put more time and effort into the production, design, and construction of V2 events as well as a new project – V2 Artist Management. Fast forward to now and that shift of effort shows! Das Energi emerged in 2012 and is on it’s 8th year – bigger and better than ever. V2 Artist Management represents artists such as Fransis Derelle, Headphone Activist, Nate Lowpass, and Toothpick.

Due to the high demand from V2’s fans & friends for years, it was decided that Destrukt would make his return in 2019! Make sure to catch these two Utah icons performing this rare b2b set on the Galactic Flats at Das Energi, on Saturday night – August 17th. You’ll surely learn a few things about Drum & Bass! 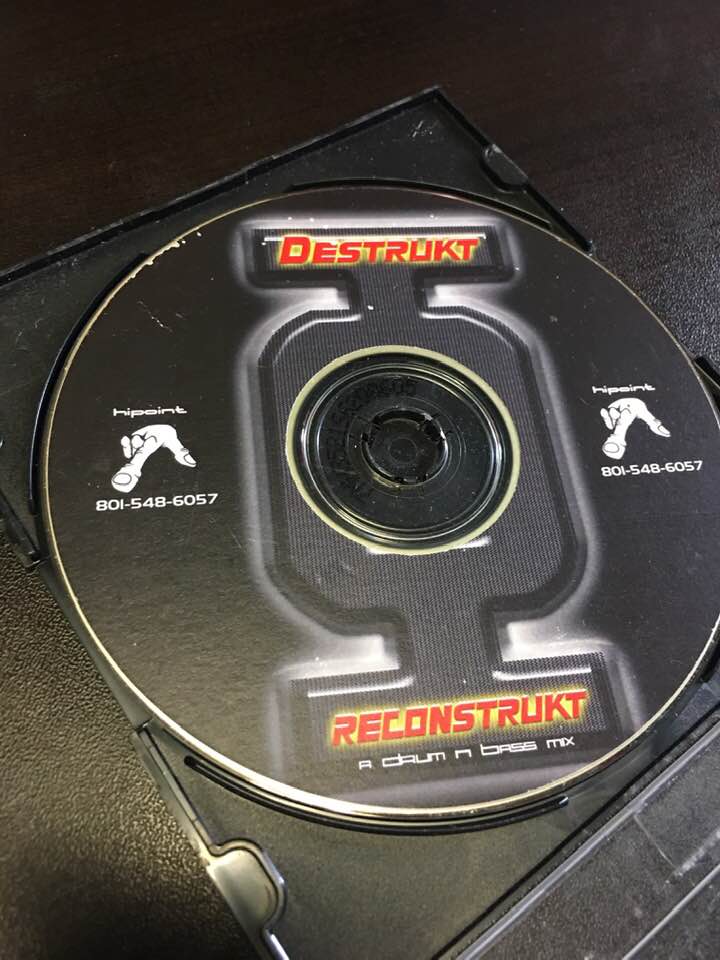